What is Anonymous Banking?

Privacy. Personal data protection. Asset protection. Tax avoidance. These are some of the common motivations behind why an individual would want to conduct their banking transactions anonymously.

For more than a hundred years, people with deep pockets, immense power, and influential connections have used anonymous banking to dodge the IRS, conceal criminal activities, hide money from creditors, aggrieved business partners, and former - and even current - spouses.

Not all who require anonymous bank accounts use them for illicit activities. Many of these individuals sought the anonymity and privacy of secret bank accounts to protect their funds from corrupt governments and illegal seizures in their home country.

With the lawsuit against Swiss banks in the 1990s and the inception of the FTA-Swiss Tax Agency Data Exchange Data Exchange Era in 2018, absolute incognito banking has come to an end. Nevertheless, there are still ways to send money anonymously which are discussed below.

What is Anonymous Banking? 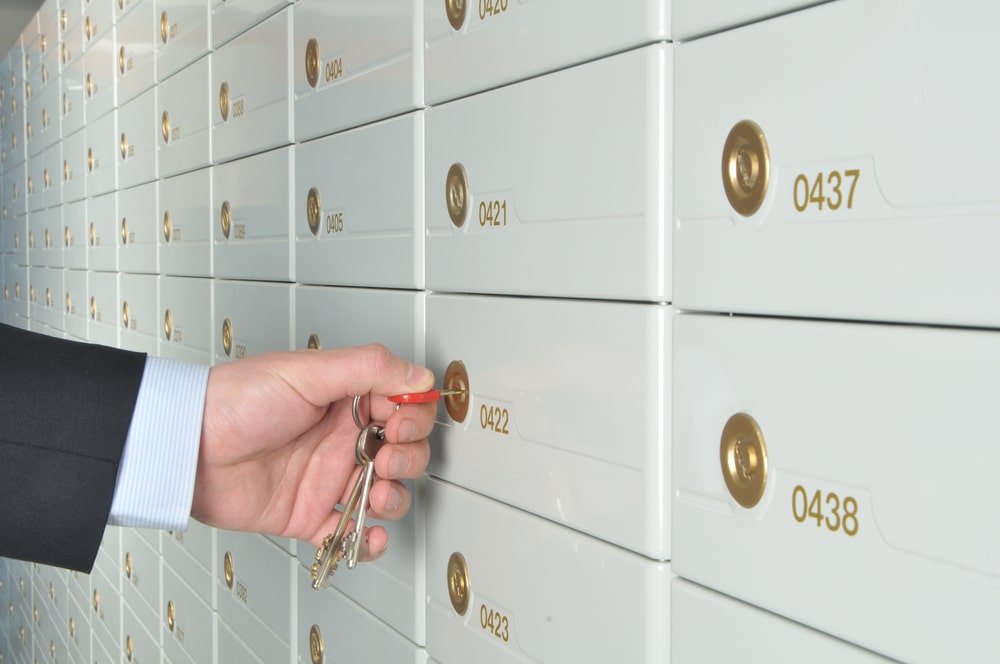 The bank would have no knowledge of the ultimate beneficial owner as it wouldn’t bear the holder’s name making it truly anonymous. Instead, a numbered bank account was labeled by - you guessed it right - a set of numbers. This was to preserve anonymity. In addition to the multi-digit number, some Swiss banks use code names like Octopussy, Cardinal, or Cello, as another way to identify the client. The only way to access the account would be in person using the booklet and codeword provided by the bank. Sounds like a Bond movie, right?

The Birth of Anonymous Banking

There are two versions of the beginnings of anonymous banking.

This version is considered to be the official version was said to be disseminated by the Swiss banks themselves. It recounts that in 1934, Switzerland enacted a secrecy law for the protection of funds that Jewish victims of Nazi persecution deposited in the country. The great irony here is that the institutions that aimed to protect Jewish victims were sued over dormant Swiss accounts of murdered Nazi victims through US courts. Sebastian Guex of the University of Lausanne views this version as “propaganda.”

Guex’s version portrays the Swiss banks in a different light. He said that in the early part of the 20th century, these financial institutions started publicizing themselves as tax havens. They did this because of their inability to rival the big banking hubs in Berlin, London, and Paris. As early as 1910, they were already advertising their capacity to facilitate tax evasion in France.

The havoc and disruption brought about by World War I catapulted Switzerland’s banks to become top-of-mind when it comes to financial haven.

Guex explained that the Great Depression made a huge dent on Swiss banks. To add to the pressure, Germany and France were striving to interrupt the flow of capital to Switzerland and crack down tax evasion in their countries. France swooped on and confiscated records of Swiss banks offices in Paris in 1932. The raid disclosed huge amounts of francs stashed in Switzerland. The Swiss enacted the banking secrecy law in 1934 to prevent this from happening again and preserve their ability to hide money regardless of where it came from. This law made it illegal for banks to divulge client information to third parties without the consent of the client.

The Death of Numbered Banking

For decades, people seeking banking discretion have enjoyed true anonymous banking using Swiss accounts. Until the controversy over Jewish assets in dormant Swiss bank accounts in the 1990s ignited and Switzerland started exchanging information with other countries in 2018.

In the mid-1990s, Jewish groups began asking about the dormant Swiss accounts including assets of Holocaust victims. Then the United States got involved in the dispute which pressured the Swiss banks even more. A couple of investigations were conducted. One of which was commissioned by the Swiss government, bringing to light evidence of Jewish refugees being refused entry through the Swiss border, the central bank purchasing gold pillaged from Jews, and Swiss firms making money from the Nazi war machine.

The biggest blow was when individual class actions were filed in the US demanding damages against Swiss banks. The two largest Swiss banks - Credit Suisse and UBS - caved in to the pressure of accusations and threats of boycott. They disclosed information of accounts of Holocaust victims and agreed to give the money back to their descendants. The parties agreed to a billion-dollar settlement in 1998.

Today, you can still open a Swiss account to enjoy privacy in banking, but it’s no longer 100% anonymous banking. You now have to get through multiple phases of clearance procedure and show proof that your assets are from legal sources. Some banks in Asia, Europe, North America, and South America that have taken on this operation also require clients to submit to rigid vetting and disclose the identity of the ultimate beneficial owner. It is unlawful to use fake names to open an account in the European Union, the United States, Switzerland, and other off-shore financial hubs.

Although you can no longer conduct your financial affairs the way you can with Swiss secret accounts, there are still countries where banking secrecy remains inviolable. To add a layer of confidentiality between the account and the true holder, individuals who do their banking in these jurisdictions often set up an offshore company with nominee directors. Doing so will eliminate the need to use the beneficiary names. When subjected to scrutiny, only the nominee directors’ names will be revealed. Opening an offshore bank account usually comes with a hefty price tag and may be bound by local laws in the country where the account was opened.

A number of organizations with online operations are claiming that they can provide absolutely anonymous bank accounts. Typically, such an organization would open an account with a bank, then would provide the client the passwords and code numbers to access the account online. Going down this route is extremely risky and, for all you know, you may just be dealing with frauds. Despite the client being given access, the legal account holder remains to be the facilitating organization. At any time, the organization can legally withdraw all the money in the account and close it and the client may not be able to legally do anything about it.

How to Do an Untraceable Money Transfer?

Secret bank accounts often evoke a cloak-and-dagger undertone and are usually associated with illicit pursuits, such as tax evasion, political corruption, and drug trade. Nonetheless, there are legitimate motivations for individuals to seek to stay anonymous when doing transactions. One reason could be that they want their financial details, such as their transaction history or net worth, to be inaccessible to hackers and advertisers who may exploit them. If you have a business with trade secrets and client privacy to protect, all the more you’d require incognito transactions.

On a smaller scale, when you want to transfer money without leaving a trace for hackers and advertisers to exploit, you can opt for an untraceable money transfer. There’s virtually no way to transfer money that cannot be traced. Transferring money through third-parties, like banks, digital platforms, and payment gateways will always leave some transaction footprint since they store your sending and receiving history.

Paying in cash is one sure way to make an untraceable money transfer. Although the anonymity will hinge on the trust and agreement of the parties involved. The transfer remains untraceable as long as both parties keep their end of the bargain.

Besides cash, there are other options ranging from the completely anonymous to the semi-anonymous. Some of these methods are discussed below.

How to Send Money Anonymously?

Despite the demise of anonymous banking, there are other ways to send money anonymously even without a secret bank account. Whether your purpose is to keep your generosity secret, make a private payment, keep your personal information safe and private in your online transactions, here are ways for you to send money without revealing your true identity:

If you’re willing to go through all the trouble for anonymity’s sake, then you can follow these steps:

You can secretly send, receive, and withdraw funds using this, however, if dubious activity is uncovered, it can lead to legal risks.

Many governments have prohibited the use of numbered accounts since they are usually linked to account holders who intend to either avoid taxes or the prying eyes of their government.

Most laws regulating the use of numbered bank accounts have made it a requirement for account holders to sign a document and go through a background check to verify their identity and their association to the account. 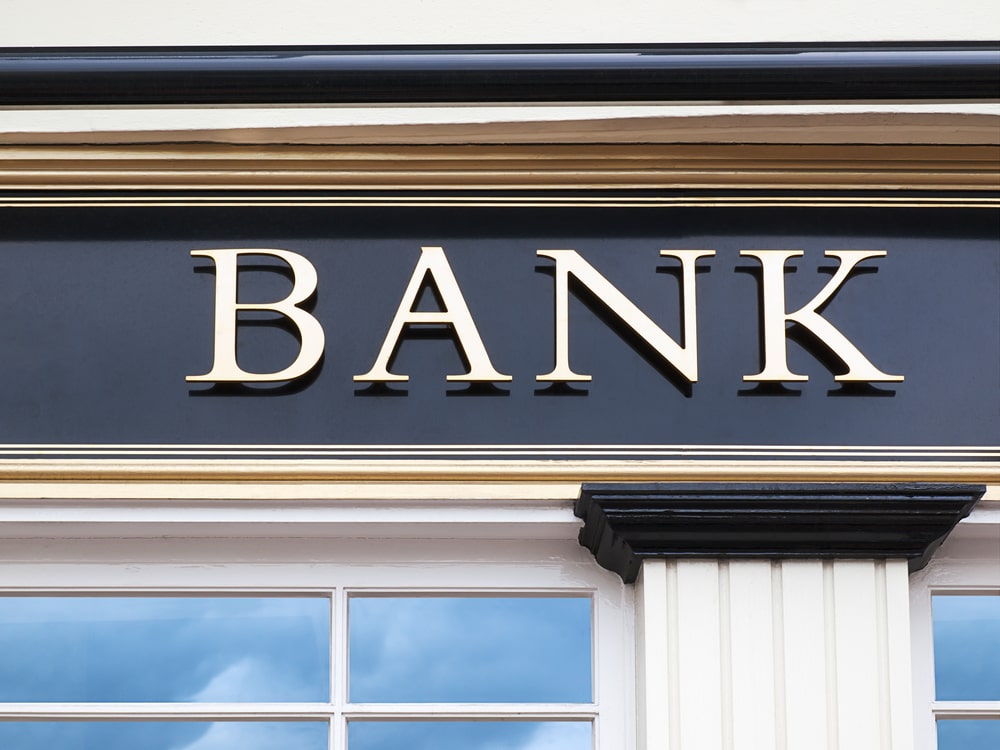 In the face of regulations, numbered bank accounts remain more private compared to normal bank accounts. For instance, in Switzerland, it is illegal for bankers to reveal whether or not an account is numbered to any governmental agency if there is no evidence of deliberate fraud. Proof of mere non-reporting of assets to evade taxes is not sufficient.

For a long time, Monaco had been one of the favorite tax havens. In 2016, the independent state signed a new tax transparency agreement with the European Union, agreeing to automatically exchange information on the accounts of each other’s residents.

The Common Reporting Standard has been launched by the Organisation for Economic Co-operation and Development with the aim of impeding tax evasion using Automatic Exchange of Information Agreements between tax authorities of countries. This was derived from the US Foreign Account Tax Compliance Act. From 47 when it was launched, now more than 100 countries have signed up to CRS to share information, including:

Having already enforced FATCA and providing mutual acces, the United States have not officially signed up for CRS.

Aside from the United States, the following have not signed up for CRS:

The era for true anonymous banking may have ended, but new ways of doing financial transactions discretely have emerged. Whatever your reasons for wanting quiet banking, there are a variety of options to achieve financial privacy, ranging from the small-scale funds transfers using anonymous debit cards, payment apps, and digital currencies to the extensive banking transactions through private banking in countries like Singapore, Switzerland, and Seychelles. Just make sure you abide by the banking laws of your country and the country where you do your banking.

How to open a bank account in Italy online

How to open a bank account in Sweden With a thriving job market and an openßminded...
Read more
June 2017