There is a number of countries whose financial institutions specialize in services addressing the needs of privacy-seeking clients. People interested in protecting their identity usually consider banking options in Luxembourg, Monaco, Hong Kong, Singapore, Ireland, Lebanon, the Cayman Islands, and, maybe most famously, in Switzerland. These countries are known for the secrecy and security of their banks. In this article, we’d like to explain the basic ideas behind the so-called numbered account, and its contemporary alternative: bitcoin (and other cryptocurrencies). Let’s have a quick look.

A numbered bank account is an account that provides protection to the identity of the owner by concealing their name with a sequence of numbers, or code. There is a limit to how deep the secrecy goes: some high ranking employees at the bank would know the identity of the client, private or companies, and there are certain circumstances under which this information could be legally disclosed. Moreover, there is a strict clearance procedure accompanying the opening of such accounts, as banks make sure the assets were acquired lawfully. It is also illegal to use a fake name when opening such a secret account in Europe, Asia, the Americas, and other offshore financial centers. 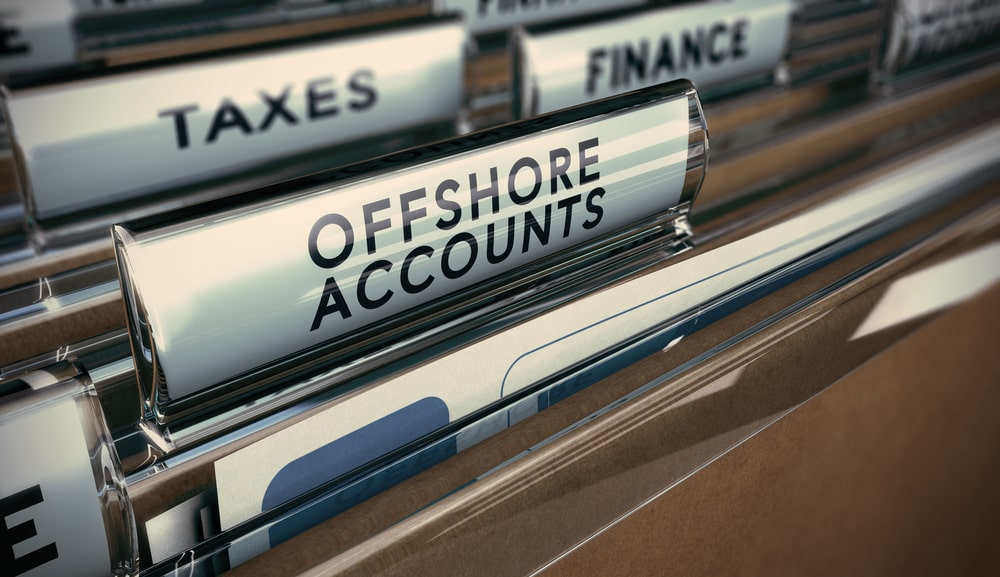 Many countries refrain from allowing these types of services due to concerns around potential criminal misuse. There is fear that people interested in anonymous banking avoid paying taxes, or that it will be used by corrupt politicians to hide embezzled funds, or by terrorists and drug dealing groups. As cases of lawyers opening accounts for their clients without disclosing the real ownership (so-called ultimate beneficial owner) surged, Swiss and international laws became more stringent. One of the regulations imposed on Switzerland by OECD is The Automatic Exchange of Information, an exchange between countries and their tax authorities around the globe. One of the main focuses of this law was a politically exposed person - any office holder and politician particularly susceptible to being involved in the misuse of capital.

The new international law made it difficult for political figures to open secret accounts, yet it did not stop other individuals from using them for other purposes. An example would be a millionaire hiding his money from a wife he is divorcing, hiding their inheritance from the state, or protecting assets from blackmail. Since the owners of such secret accounts would be expected to report to the tax authorities, but did not, and then a series of famous leaks happened, the international organizations, governments and experts came up with regulations that limited the ways in which holders can be protected and illegal proceedings possible.

Up to this day, different countries in the world maintain some level of secrecy available in their banking. In Europe there are options in countries like Andorra, Cyprus, Lichtenstein, Monaco, Luxembourg, San Marino, Switzerland, Luxembourg, and Austria are known for such options. In Asia, there is Dubai (United Arab Emirates, UAE), Hong Kong, Lebanon and Singapore, Liberia in Africa, or in Latin America and the Caribbeans Belize and the Caymans. Due to international law, they are pressured to a different extent to report individuals owning a secret account to the governments. The true and absolute secrecy in banking is close to impossible.

Numbered bank accounts provide owners with a degree of privacy, but they're not truly anonymous anymore. Due to various international agreements and national regulations, the banks are now obliged to disclose information they have about account owners, in case there is a proof of deliberate fraud or fraudulent intentions associated with it. Yet, these bank accounts are not truly anonymous since the '90. If you own a numbered account, your identity will be concealed by the bank and replaced by a code or a sequence of numbers instead. Nevertheless, your name will still be registered in the bank and subject to limited disclosure. And in order to obtain a numbered account, you would need to pass a stringent vetting procedure, allowing the bank to make sure that the money you own comes from a legitimate source, and there is no suspicion of fraudulent intentions from your side. Read more about Anonymous Bank Accounts here.

Is it possible to open an anonymous bank account?

As explained above, certain countries offer their clients the option of opening an anonymized bank account, following a complex procedure during which the source of the money deposited and the background of the owner will be first checked. It does not mean the owner will be granted absolute anonymity, but that the identity of the owner can only be disclosed in very specific circumstances, according to international laws and national regulations. 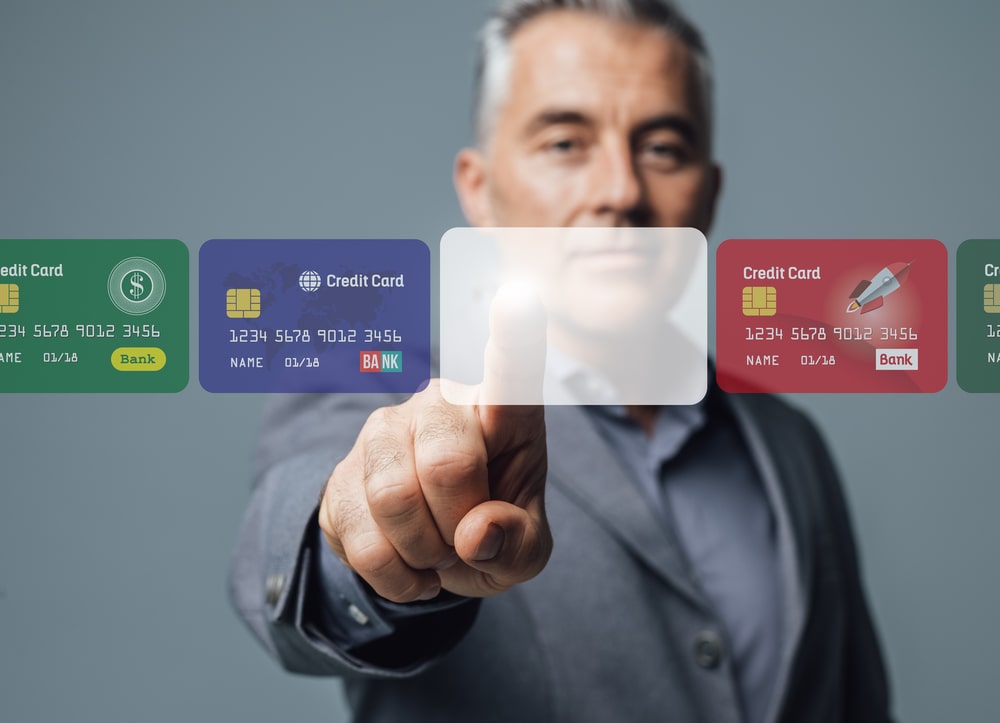 What are anonymous credit cards and untraceable money transfers?

For those of you who want to send money anonymously, here is the list of available methods - some of them are available (almost) exclusively online, while others can also be used in real-life transactions. Online options for an untraceable money transfer:

For offline and online transactions:

How to open a numbered bank account in Switzerland

The process of opening a secret bank account in Switzerland is the same as it would be for a regular account, plus, of course, higher costs and more documents to be signed. While opening a numbered account, you also need a higher deposit, as these are created for clients with substantial funds. The bankers also run your name against worldwide databases to make sure you have been compliant with international law. And if you want to keep your money in secret, avoid international payments and other transactions that take your money out of Switzerland, as this is when your name has to be reported to authorities in other countries. Here is on this guide how to open a bank account in Switzerland.

Opening a bank account in Singapore used to be much easier than it is these days. It is still a rather straightforward process as described here is on this guide. In general, opening a bank account in a country in Asia, whether you call it an offshore account, numbered account, or anonymous account requires a little extra documentation and identity checks.

You can move money around with lower fees using our virtual bank account powered by Barclays.

If you transfer money anywhere in the world using conventional banking, you risk paying high fees in currency conversion. Banks continue to use a combination of old practices and outdated computer systems to perform such operations and customers end up footing the bill of these operational costs. Let’s consider an example of a person sending their money to a recipient in India. Since the costs of a bank transfer can reach approximately 10% of the sum you want to transfer, out of 10.000 dollars, a 1000 dollar stays in the pockets of the intermediaries.

With B2B Pay's solution, the same transfer results with 9900 EUR worth of rupees making their way to the intended account, saving you 900 EUR on fees and charges. We also equip you with a European virtual bank account, and an IBAN number you can use to transfer money inside Europe for free, and to other countries outside of it for a 1% flat fee.

Nowadays, the cryptocurrencies hold the promise of ultimate confidentiality. As the name suggests, crypto money is based on novel cryptography methods that ensure security, and allows for decentralized ownership, skipping governmental oversight, and traditional financial institutions, such as central national banks.

This feature, at least in theory, means also higher anonymity. There is no one government or institution that centrally stores your data and information, and transactions done with the use of crypto currencies are considered as untraceable. Cutting out the middlemen means also lower fees and charges. They also offer access to banking to users struggling to get an account otherwise - all you need is an email address and internet connection. This creates its own set of problems, including potential use for crime, tax evasion, drug dealing, and other suspicious activities. But it also offers a great advantage at overcoming a lack of access to financial instruments for the poor and equalizing the distribution of the goods.

For those of you interested in exploring alternative currencies - whether as a form of investment or a way to escape the world of fiat money, we have a recommended introduction written by a seasoned investors.

How to open a bank account in China With over 600 thousand expats and plenty of growth in...
Read more
June 2017
bank account

Basics...
Read more
April 2017
How to open a bank account in the USA

How to open a bank account in the USA

How to open a bank account in the USA The United States has long been the top destination of many...
Read more
June 2017