Importing to Europe and the biggest importers

Everything you need to know about importing to Europe

Due to the international regulations within the European Union, trade between member countries of the union is not considered import/export. When it comes to products coming into the EU market from the outside, there are various rules and requirements that apply to importers and they tend to vary, depending on the particular trade agreement. At the moment, there are 36 preferential trade agreements in place, with countries from all over the planet. You can read up to date information about all those particular partnerships and ongoing negotiations on the European Commission’s official website.

Basically, there are three types of forms of agreements that shape the import laws:

What to consider before importing to the European Union

If you are an aspiring exporter to European Union, these are the basic points to consider before starting your business.

The list of the countries from the European Union that import the most hasn’t really changed in the past 5 years, besides small fluctuations in numbers.

It remains to be seen how these numbers will change as a result of the COVID pandemic, on a long term basis. 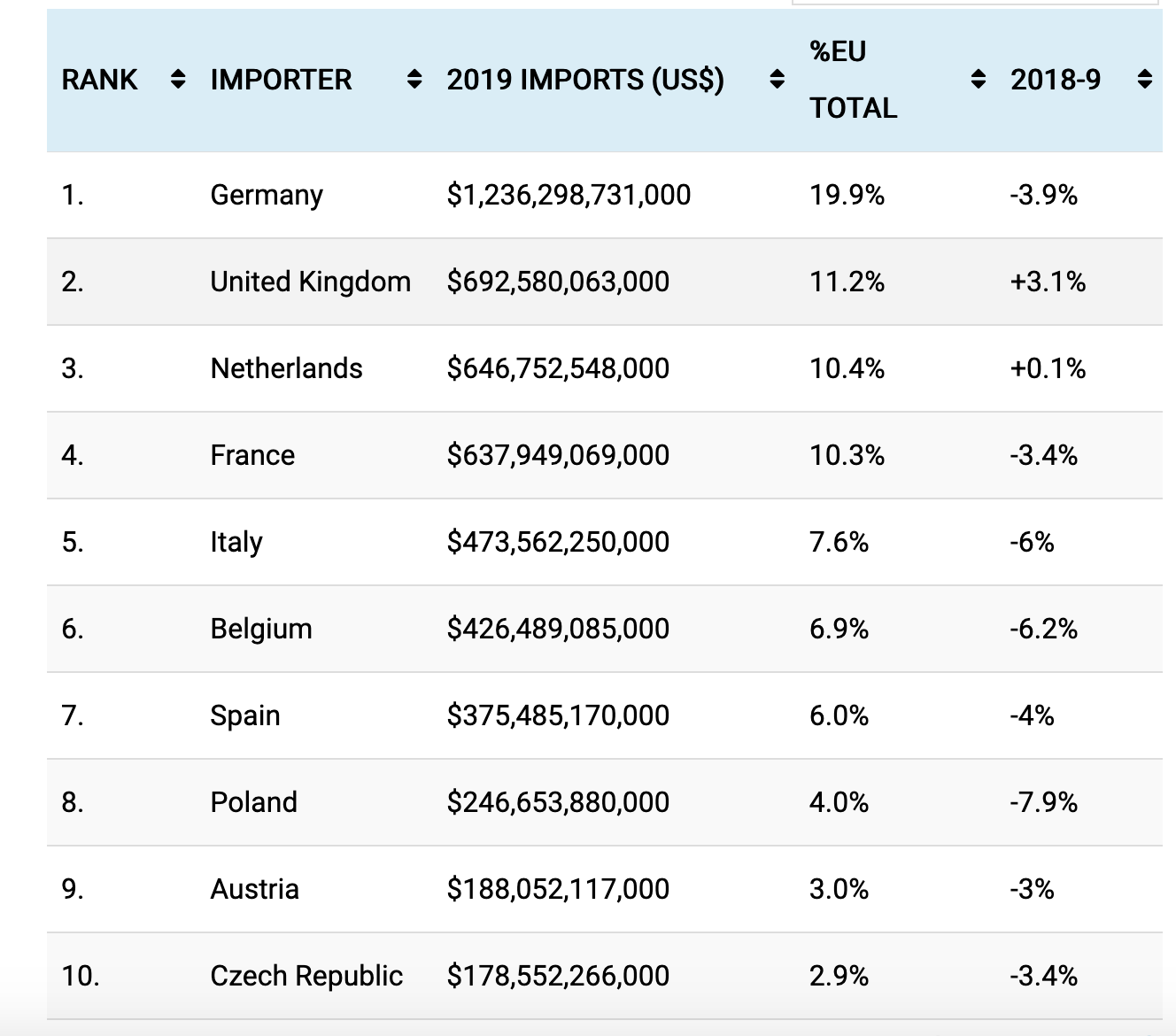 Top European importers of goods from outside of the EU

With Brexit, the UK leaves the list of the main importers in the Union and enters that of main exporters from outside of the EU, ending up 3rd on that list.

When it comes to main international trade partners, the list is topped by 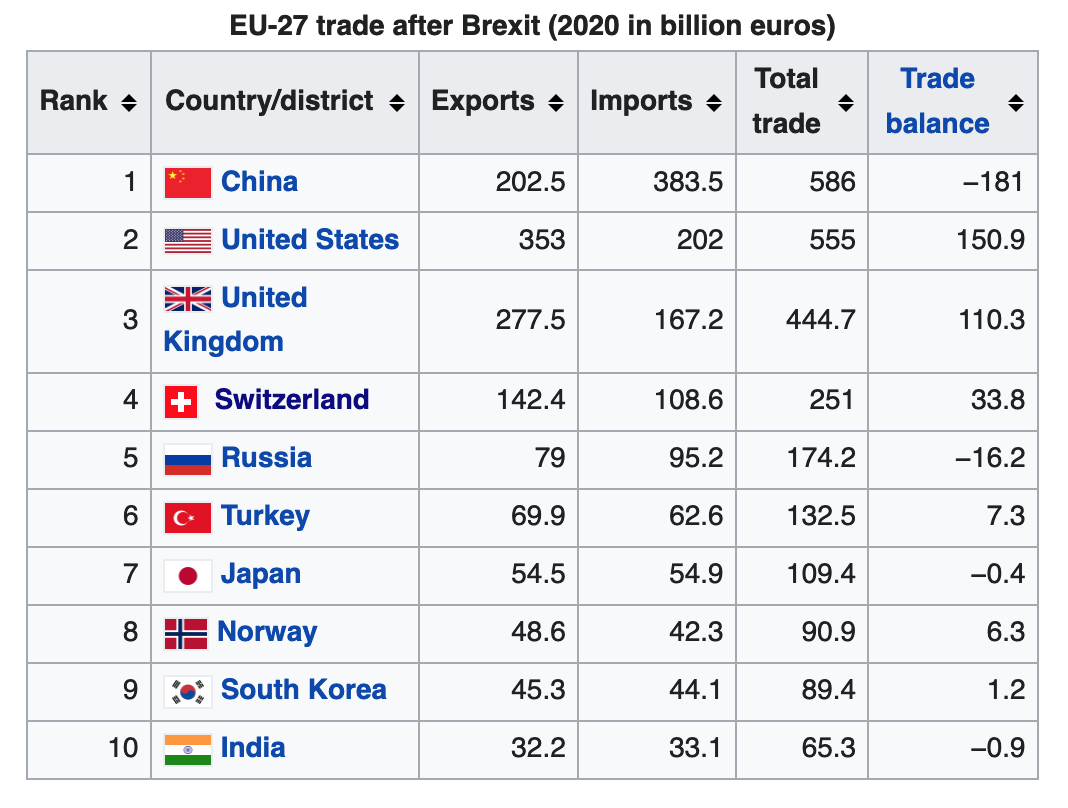 The fairly high Netherlands position on the list of importers can be attributed to the significant quantity of goods that enter the EU through Rotterdam, the leading seaport in the union. As a result, Holland is huge in re-export.

Intra-EU import includes the trade between EU member states. In 2020, the value of export trade within the union ranged from EUR 638 billion for Germany to EUR 0.9 billion for Cyprus. There were nine Member States whose exports of goods to partners in the EU reached EUR 100 billion or more in 2020, accounting for 80 % of the total value of intra-EU exports of goods.

In 2020, the value of export trade in goods within the EU ranged from EUR 638 billion for Germany to EUR 0.9 billion for Cyprus. Latvia is here a particular example, as its value of exports of goods to partners in the EU increased more than 10 % annually between 2002 and 2020. That seems to reflect another trend, according to which Member States in Eastern Europe tend to have higher growth rates in export in general.

How to import to Europe: Countries in focus

On our website, you will find more detailed information about import/export rules between the EU and Singapore, Canada, Netherlands, Australia, Hong Kong, USA and Japan.

Every successful import/export business in the EU and beyond uses a B2B payment system that expedites their payment while keeping the process straightforward and as inexpensive as possible. B2B Pay is a Finnish B2B payment system that enables SME importers and exporters to succeed by simplifying international transactions thanks to the access we provide to European virtual accounts.

How does your business benefit from our solutions?

Here is a list of solutions we’ve implemented, increasing your security (expect state-of-the-art technological solutions), trust and control over your financial affairs.

Get one and watch your business grow and thrive.

Are you being overcharged for SWIFT and wire transfers?

B2B Pay - Countries and currencies you can send money to

Export from Hong Kong to Europe

European Union - Hong Kong trade relations The European Union, as in the case of most of...
Read more
January 2017